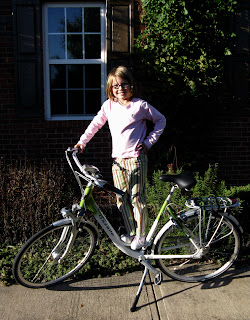 Posted by Matt Forbes at 8:35 AM No comments:

Email ThisBlogThis!Share to TwitterShare to FacebookShare to Pinterest
Labels: My daughter on a Gazelle Medeo

If he doesn't win, his parents will send him to boot camp. 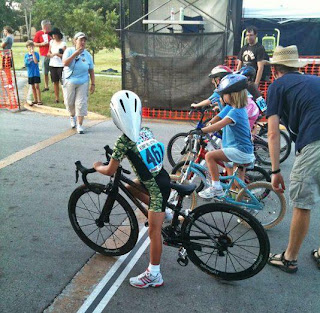 Gazelle Bikes at the 2010 Interbike show in Las Vegas 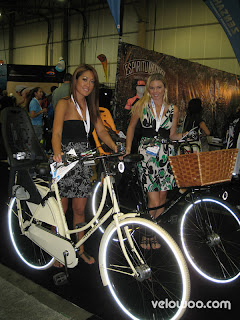 First off, I am not against wearing a helmet while cycling, but I personally do not wear a helmet and that is just a matter of personal choice based on the type of riding I do, i.e leisurely.  Here in Georgia, the law states that anyone sixteen or younger must wear a helmet while biking which is a good thing.  If you have ever been to Europe, you couldn't count the number of people you see on bikes at any given moment, but you could count the number of cyclists wearing helmets on one hand.  If you look at the statistics concerning biking, safety, and helmets, things get pretty interesting.

When helmet use increases, so do head injuries. What? Yes, in the US nobody wore helmets up until the 80s, in the nineties helmet use skyrocketed and head injuries increased 51%. How? Well of course helmets didn't cause the injuries unless your ticked off girlfriend smashed you on the noggin with one. Less attention to safe riding, a placebo effect, is the main reason.  I remember a discussion we had in an economics course while I was attending the University of Georgia based on the question, "If Georgia passes a mandatory seat belt law (this law was not in effect at the time), will traffic deaths increase or decrease?"  Of course we all argued that deaths would decrease, but our Professor argued that fatalities would increase because drivers would take more unnecessary risks.

Let's look at the statistics for fatality and helmet wearing rate for individual countries.  The United States has the highest number (terms of percentage) of cyclists that wear helmets 38%, The Netherlands the lowest 0.1%.  Hey, we're number one in helmet wearing, but unfortunately also number one in cycling fatalities, again based on percentage of riders. The Netherlands has the lowest.  This trend holds true for every country, the higher the percentage of cyclists that wear helmets, the higher the fatality rate.

A study showed that car drivers are more cautious and give more room to non helmet wearing cyclists than cyclists wearing helmets.  Another study showed that in some instances based on certain helmet design, wind noise generated by some helmets greatly reduced the riders ability to hear oncoming vehicles. 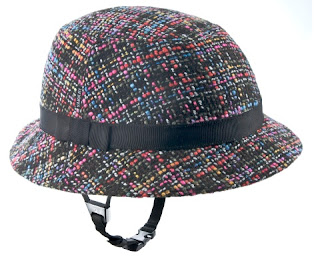 I am not anti-helmet but I am anti-get hit by a car or a truck.  I practice safe cycling, I obey all the traffic rules, I am constantly aware of what is going, or coming, on around me, I never would even consider listening to my iPod while riding, and I make sure my bike is in good condition.  I ride Dutch Gazelle bikes which have front and rear lights as well as tires with reflective sidewalls. Wear a helmet but be aware that there is no substitute for safe riding.

Posted by Matt Forbes at 1:44 PM No comments: 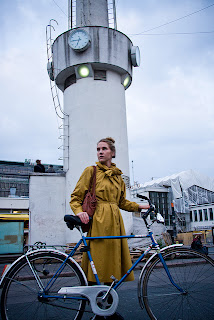