I have been looking for a good cycling shoe, one that fits my criteria, and I think I finally found a keeper. First off, here is a list of musts that I was looking for in a pair of shoes for my bike riding-

1.  They could not be cycling shoes.
2.  They could not be so costly as to have to worry about some thug swiping them, especially while you
are wearing them.
3.  No Velcro
4.  No glow in the dark, pump to fit, ass tone while walking, iPod holder garbage.
5.  And most importantly, whatever destination I am riding to, the Pub, grocery store, job interview, I
can hop right off the bike and know that I am properly attired. 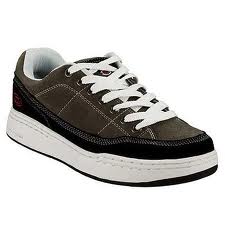 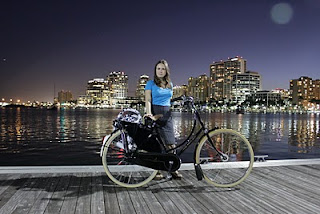 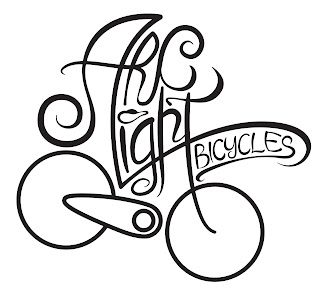 Posted by Matt Forbes at 3:22 PM No comments:

Email ThisBlogThis!Share to TwitterShare to FacebookShare to Pinterest
Labels: Logo by Margarita Yerastova

I'm not a big motorcycle guy, but I do have a few friends that ride Harley Davidson motorcycles. Not your hard core tatted biker, Hell's Angels guys, more like dentist, accountant, Rotary Club guys. I had a Sportster 1000 about ten years ago that I bought used, the only good thing about it was it would shoot flames out of the exhaust every time I attempted to start it.  One day it died in Buckhead, an enclave of Atlanta, and I got off it and just left it there on the side of the road with the key in it. Whoever ripped it off, I guarantee they didn't ride it away.  Pushed, maybe, but no way they got it started.


Dutch bicycle owners and Harley Davidson motorcycle owners have a common thread, and that is they love to "trick" out their rides, accessorize if you will.  The bicycle people will do it more out of needs, say a basket for carrying stuff, or panniers for a change of clothes for the commuters. The Harley folks do it strictly for looks, the skull and bones gas cap, the LED lighted oil dipstick($149.99 plus shipping), things you don't really need.  What is common between the two camps, is the wide array of accessories that are available, both through the manufacturer and through after market vendors. If you are going to add things to your ride, might as well make it look good.  But the real mystery about the whole thing is, Harley Riders strive for that Rebel, I'm Different aura, but they tend to all wear the same type of clothing and buy the same type of accessories,  think chrome, where as the Dutch bicycle riders are more of a common shared bunch, yet you will hardly ever see two tricked out bicycles that look the same. Go figure. 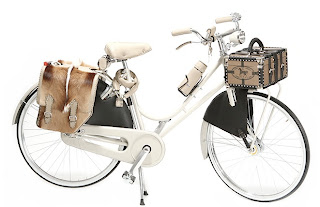 Margarita from West Palm Beach, Florida by way of Moscow, took delivery of he Gazelle Toer Populair last week and couldn't leave well enough alone, not only does it look terrific, but you won't see another bike like hers cruising down the boulevard.
Posted by Matt Forbes at 4:03 PM No comments: